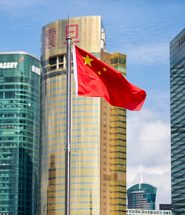 The green scramble to transform energy is reminiscent of China’s forced industrialization.

Chinese peasants on a communal farm during the Great Leap Forward in the 1950s.

The green movement’s rush to transform the energy economy while ignoring the laws of nature and economics calls to mind China’s ruinous Great Leap Forward. By 1957, Mao Zedong had grown impatient with his country’s slow industrial development relative to the West. He sought to transform China quickly from an agricultural society to an industrial powerhouse through forced industrialization and agricultural collectivization.

Steel production was a priority of the Great Leap Forward. Mao wanted China to surpass the U.K. in steel output within 15 years. Across the country, including in the village where my father lived, people tried to contribute to this goal by building small backyard furnaces. Each village had a production quota to meet, so everyone—including children and the elderly—pitched in. Using everything they could find to keep the furnaces burning, villagers melted down farming tools and cooking pots. These efforts yielded only pig iron, which had to be decarbonized to make steel. That was a process a backyard furnace couldn’t handle. The effort and resources were wasted.

The steel campaign diverted manpower from farming, even as the government ordered farmers to meet unrealistic quotas. Local party officials initially compelled farmers to experiment with ineffective and sometimes harmful techniques, such as deep plowing and sowing seeds much closer than usual. When these radical methods failed to increase yield and depleted the soil, local leaders had no choice but to lie to their political superiors about how much had been produced (a practice referred to as “launching a Sputnik”). Based on these false production figures, the state demanded villages sell more grain than they could spare. In a vicious circle, the more the local officials lied about their output, the higher the central government set the quotas. Farmers were forced to hand over every bit of grain they had, including the following year’s seeds, to meet the quotas. Resistance was violently suppressed.

The combination of lies, failed experiments, absence of labor and violent requisition practices led to famine. From 1959 through 1961, an estimated 30 million to 40 million

Chinese people died from hunger. The Chinese government continues to refer to the famine as a natural disaster, pretending forces beyond their control were to blame for this man-made calamity.

Like Mao, today’s advocates for the green-energy revolution have become impatient with the slow progress made by renewable energy. Fossil fuels and nuclear power provide 80% of the energy the world needs. Despite years of subsidies, renewable energy is still unstable and unreliable, since the sun doesn’t shine at night and the wind doesn’t blow all the time. Almost all renewable-energy power plants require either nuclear or fossil fuels as backups.

Rather than gradually phasing out fossil fuels while investing in renewable energy research and development, Western green-energy revolutionaries have launched their own version of the Great Leap Forward in Europe and the U.S. Today’s greens operate in a democratic system unlike Mao, but they have resorted to government coercion to replace fossil fuels (and nuclear power) with renewables on an aggressive deadline. The European Union is set to cut greenhouse-gas emissions by at least 55% by 2030, and the Biden administration promises to “achieve a 50-52 percent reduction from 2005 levels in economy-wide net greenhouse gas pollution in 2030.”

One of the essential lessons from China’s Great Leap Forward is that catastrophic failures inevitably follow from politicians’ insistence on ignoring reason, logic, truth and economics. Europe’s current energy crisis, California’s continuing power outages and Sri Lanka’s food shortages are all warning signs. The Green Leap Forward has set humanity on a fast track to another man-made catastrophe.

IN 1958, the Chinese leader Mao Zedong launched the Great Leap Forward, a crash programme of economic modernisation that he hoped would lead the country to the promised land of communism.

The intention was to transform the Middle Kingdom, the world’s most populous country, from a largely agrarian society into an industrial and economic superpower in just a few years.

It was decreed that scrap metal be transformed into steel in backyard furnaces to be set up across the country. The country was denuded of trees to fuel the furnaces and workers were transferred from productive activity elsewhere in order to man them. The results were almost worthless, but dissenters were ruthlessly purged.

In similar fashion, vast irrigation projects were undertaken using forced labourers, hundreds of thousands of whom died as a result. But this was nothing compared to the results of the programme of agricultural reform, which caused a collapse of the food supply. Estimates of the death toll range from 15million to as high as 55million.

It was a disaster of historic proportions. The Great Leap Forward was an astonishing example of unchecked ideology – a secular religion with no rationality, no humanity, and which tolerated no dissent.

Does any of this sound familiar? We are setting out to transform the most extraordinary society, in which wealth and abundance have spread across the world, into … what? An agrarian society of the kind Mao and his followers were trying to escape?

We might look back in astonishment at the irrationality of the Great Leap Forward, but is what we are doing any more rational? We have mandated decarbonised electricity systems, with no idea of how to deal with the intermittency of renewables – we are literally crossing our fingers and hoping someone invents something.

We install solar panels in places where the sun barely shines. We have suppressed the fossil fuel industry in the full knowledge that we have no way to replace its output in many applications.

With households unable to afford to heat their homes, we are introducing a ban on house coal. We are restricting fertiliser use on our farms, in the full knowledge that this will cause yields to collapse.

This is a Great Leap Forward, but a green one rather than a red one. And just as the horrible reality of what Mao had unleashed eventually became clear, the next few months will make it clear that we have been fatally misled by the ravings of a bizarre anti-human cult.

Our energy systems have been made so frail that power cuts and rationing seem unavoidable. While the Government has shown itself willing to print money to keep the costs for consumers down, businesses will be hung out to dry in the spring. Unless we return to rationality quickly, we can expect economic chaos and even societal meltdown to ensue.

That return to rationality needs to be put in place quickly, and Professor Gordon Hughes and I have just published a short plan that shows that dramatic reductions in energy prices can be achieved in the short term. But only if the Government is radical enough. And unfortunately that seems unlikely to be the case.

The Parliamentary Conservative Party seems still to be in the grip of the climate cult, and that means that even if she wants to, Liz Truss will find it impossible to take the necessary steps.

The termination of the fracking ban seems to have been little more than a sop to the rational rump of the party; the continuation of the preposterous rules that govern shale operations shows that the cult remains in control, and means that the industry will remain little more than a pipedream. So expect more money-printing and more dallying with renewables, which will only make things worse.

If rationality is going to be restored, the climate cultists will have to be removed from the corridors of power and positions of influence. That will happen eventually, of that there can be no doubt; the only questions are how long it will take, and how much of our abundant society will be left by the time they are gone.